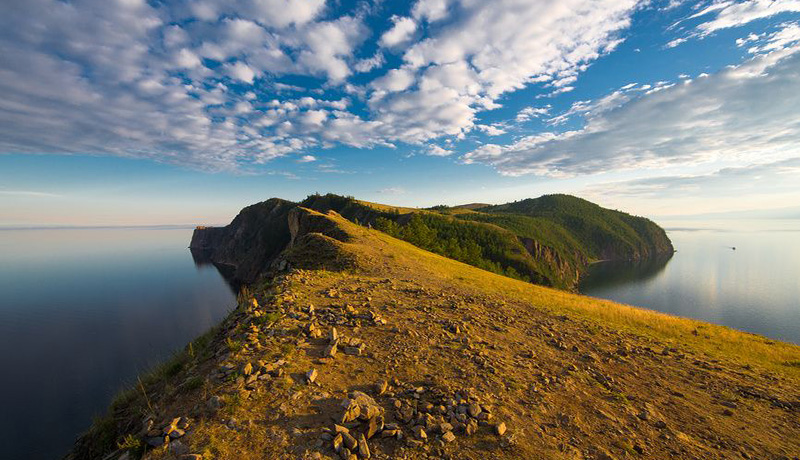 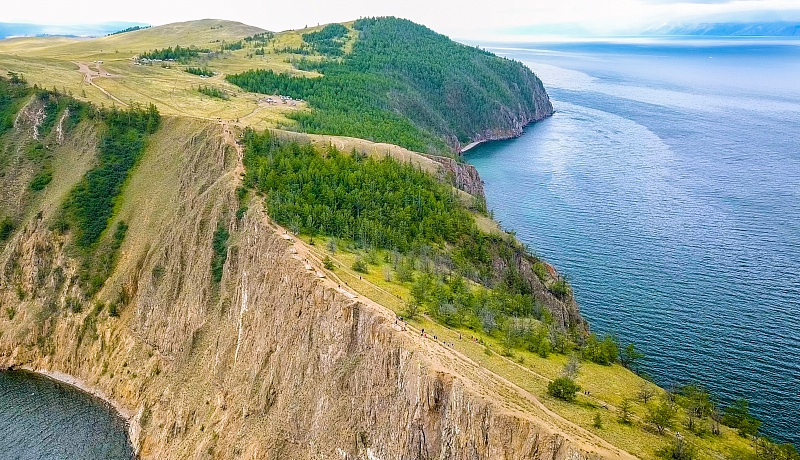 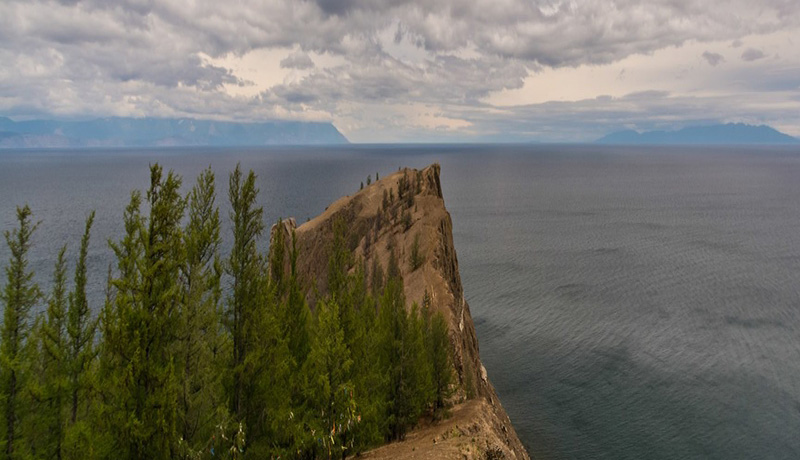 Take a boat, a car or a hovercraft to explore the scenic and powerfully charged northern coast of Olkhon Island. Spend from 6 to 8 hours in the island’s remote wilderness, where its most distinctive sights and memorable legends will reveal themselves to you.

Explore the picturesque sandy beaches and larch forests of Urochische Peschanoye. The interplay of sand and powerful winds over the centuries has exposed the roots of the trees on the beach, creating the uncanny impression of “walking” trees.

Red lichen clings to the white marble cove of Sagan-Khushun, adding to its unforgettable appearance. Learn the legend of the three sons of a shaman who broke a promise they gave to their father, and were transformed into the three rocks that jut out of the cove.

A similar legend concerns Cape Khoboy – supposedly a woman punished by the sky gods for her envy. Another story says that the first shaman got his gift here. The northernmost point of Olkhon will crown your tour with a magnificent view of the lake. On the way back, be sure to visit the village of Uzury, with its oddly shaped rocks and Neolithic caves.

Perfect tours to visit Cape Khoboy
Let’s talk about your next trip
Send us an email tours@travel-baikal.com
Reach out via phone +7 (395) 248 07 88