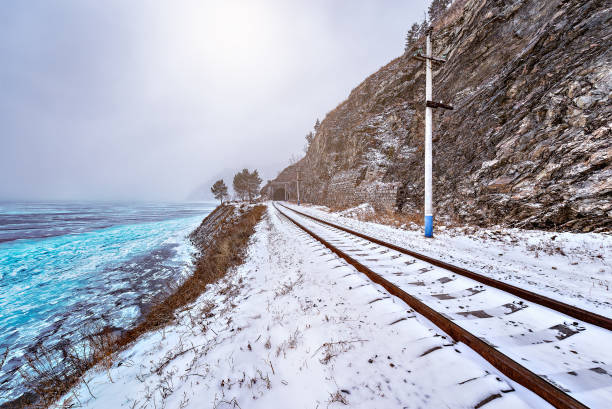 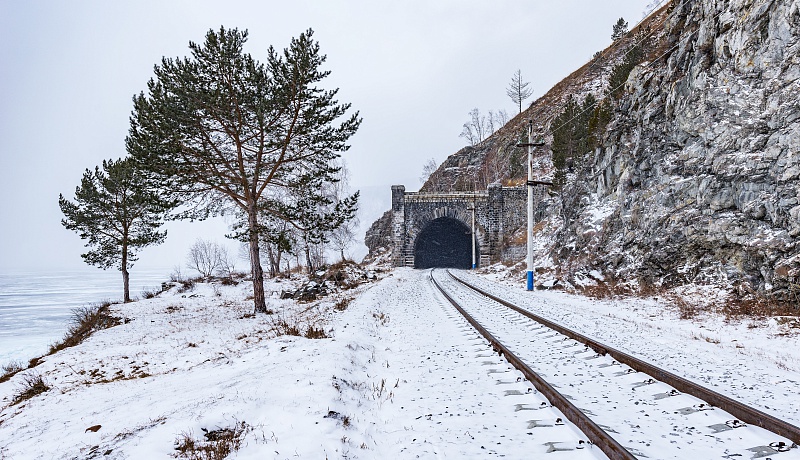 Built in the beginning of the 20th century as part of the Trans-Siberian Railway, the Circum-Baikal Railway remains a must-see marvel of railway engineering. The difficult terrain along the western shore of Lake Baikal constantly challenged the builders to come up with ingenious solutions, resulting in one of the most complex railways in the world.

There are many ways for you to explore this railroad and its scenic surroundings. Whether you embark on a boat cruise, take a modern or retro train, or follow the route in winter with a Hivus hovercraft or a snowmobile, you will have an unforgettable experience full of magnificent sights.

Behold the many impressive bridges and tunnels built all along the railroad’s path. Their variety and the challenges their creators had to overcome cannot help but inspire. Distinctive train stations, like the marble one in Slyudyanka, lend colour to the journey. See the avalanche galleries and retaining walls that guard the way, including the Italian Wall, named after the foreign workers who helped build them.

Even now, nature around the railway remains largely untamed. The picturesque Polovinnaya River Valley and the Birds’ Bazaar on sheer cliffs near Angasolka are just two examples of its rugged beauty that will surely catch your eye.

Perfect tours to excperience Circum-Baikal railway by hovercraft
Let’s talk about your next trip
Send us an email tours@travel-baikal.com
Reach out via phone +7 (395) 248 07 88