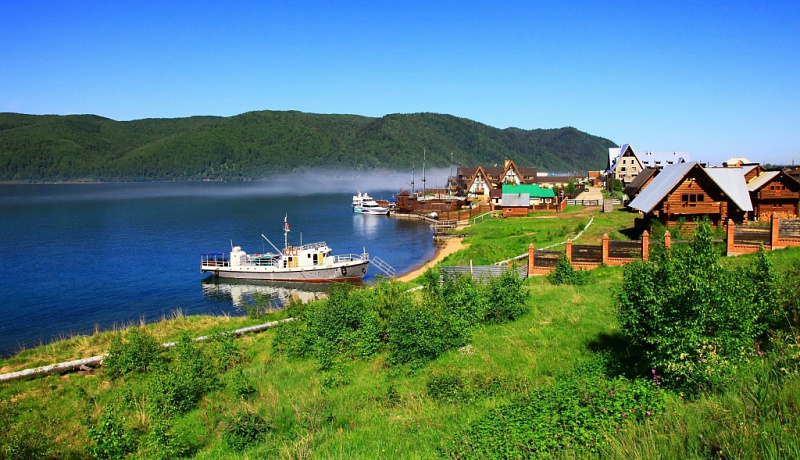 Your tour of the scenic lakeside town of Listvyanka begins at an observation platform near the head of the Angara – the only river that flows out of Lake Baikal. Whether in winter or in summer, you will see its quick waters run free thanks to the heat coming from Baikal’s depths.

Listen to the legend of the maiden Angara, who ran away from her father Baikal to be with her beloved Yenisey. In his wrath, Baikal threw a big stone after her, which became the picturesque Shaman Rock that juts out of the waters near the river-head.

St. Nicholas’ Church, perhaps the oldest building in the town, has a story of its own. Supposedly, its founder was a merchant who attributed his survival in a fearsome Baikal storm to the patron saint of sailors. A succession of work crews built it, which accounts for its unique design. You will learn about the building’s repeated movements that ended with its arrival in Listvyanka.

You may conclude your tour in the local market, with its enticing fish and souvenirs. But you will find more to see in and near the town. The Baikal Museum, the Nerpinary and the scenic Chersky Stone observation platform all promise you a day full of exciting discoveries.