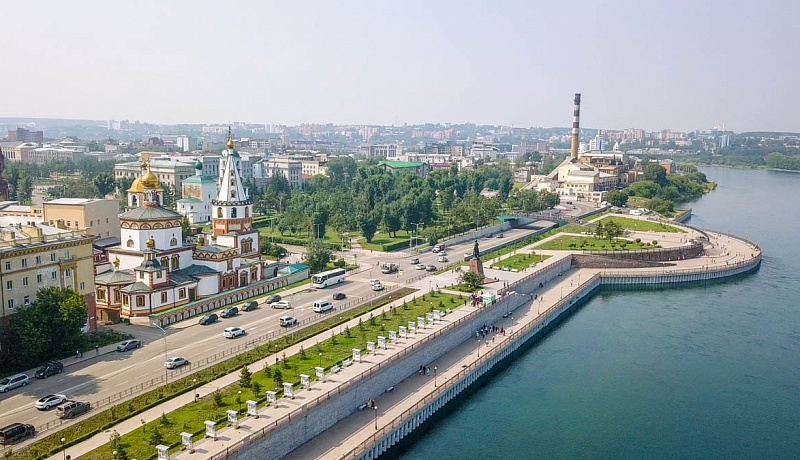 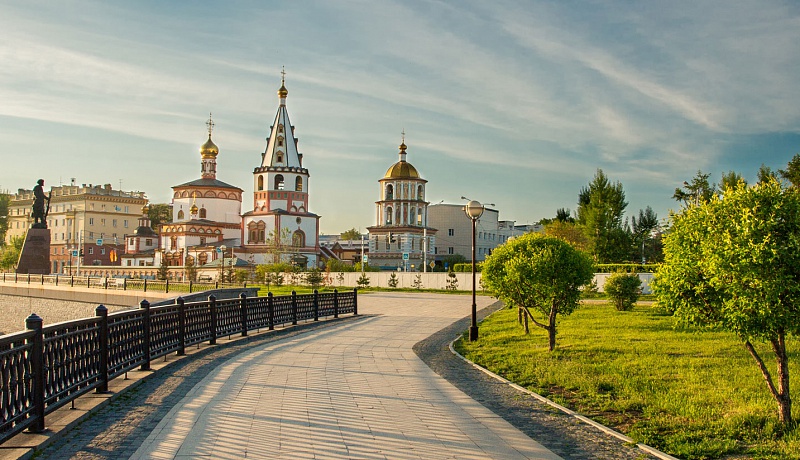 People travel to Irkutsk from afar to see Siberia’s richest and most varied collection of wooden architecture. Ranging from the splendid lace houses preserved since Imperial times to the meticulously reconstructed buildings of the 130th Quarter, it will leave you with a lasting impression of this unique architectural style.

Irkutsk also boasts a proud heritage in stone. Among it are such gems as the 19th-century townhouses and the Drama Theatre. From the lavish Orthodox Baroque Epiphany Cathedral to the austere Catholic Gothic Polish Church by the Kirov Garden, its churches turn the most jaded heads.

The Spasskaya Church, Irkutsk’s oldest stone building, is all that remains of the original fort. You may find the impressive statue of Saints Peter and Fevronia and the War Memorial nearby.

Irkutsk is a city that lives and breathes its history. The Decembrist Museum and the Admiral Kolchak Statue by the Znamensky Convent commemorate its most momentous events. The city’s commitment to its past has led to the restoration of the Moscow Gates and the statue of Alexander III, destroyed in Soviet times. 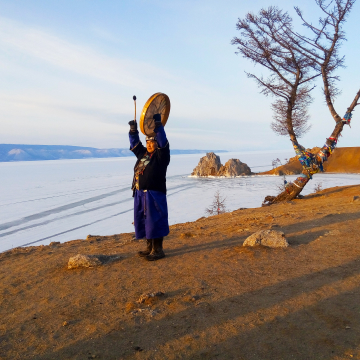