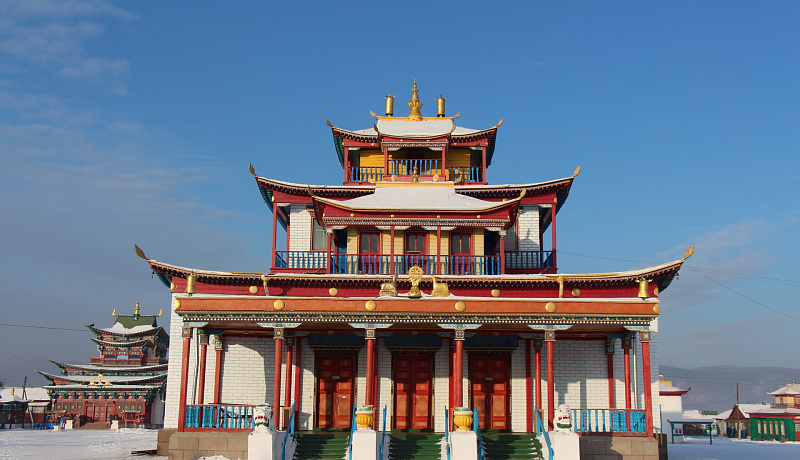 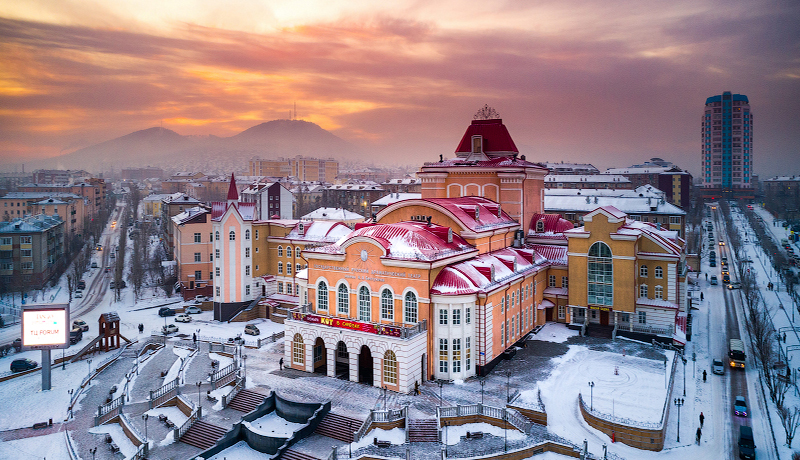 In Ulan-Ude, Russian culture meets Mongol traditions, creating a city like no other. Orthodox priests walk side by side with Buddhist monks among old pagan shrines. Residents leave token offerings to the roadside idols of shamanic gods./p>

Mother Buryatia, the city’s tallest monument, will welcome you on the way from the airport with the khadag: a traditional symbol of hospitality. Though only 17 years old, it has already become one of the city’s symbols. Locals call it Ulan-Ude’s own Statue of Liberty./p>

The city’s central Soviet Square will astonish you with the most singular and highly acclaimed of all of Russia’s many Lenin statues: a giant sculpture of the Soviet leader’s head, which has long overlooked a prime spot for gatherings. Nearby, the restored Tsar’s Gates arch commemorates Nicholas II’s visit.

Countless small, quaint wooden houses and sumptuous neoclassical stone buildings (like the Trading Rows and the Opera Theatre) comprise Ulan-Ude’s diverse architectural heritage that carries you through the ages as you explore the city./p>

The late Baroque Odigitrievsky Cathedral, which is the oldest stone structure in the city, has survived several earthquakes since its 18th-century construction. It will dazzle you from a distance with its eye-catching gold-tipped blue domes. 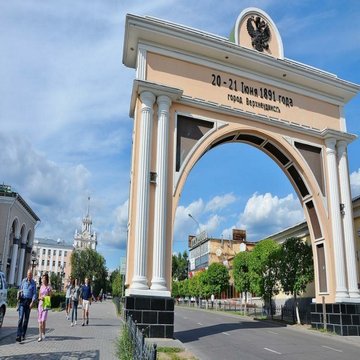 City tour Ulan-Ude
In Ulan-Ude, Russian culture meets Mongol traditions, creating a city like no other. Orthodox priests walk side by side with Buddhist monks among old pagan shrines. Residents leave token offerings to the roadside idols of shamanic gods.
Hotels 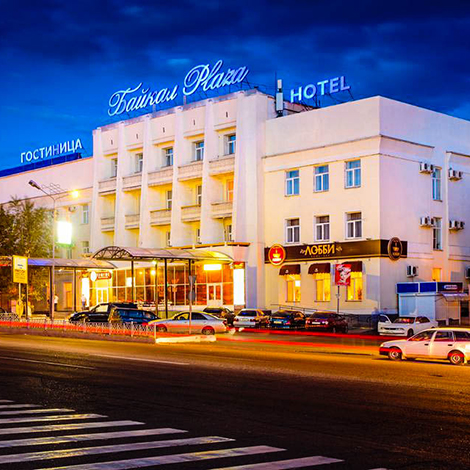 Baikal Plaza
The hotel is located on the central square of Ulan-Ude in close proximity to all the main attractions of the city. Single and double rooms of the Standard, Suite and Apartment categories are equipped with everything necessary for the convenience of guests: mini-fridge, air conditioning system, tea station. The hotel has restaurants of Siberian and Uzbek cuisine, where breakfast is served in the morning. There is a gym with a sauna.
Perfect tours to visit Ulan-Ude
Let’s talk about your next trip
Send us an email tours@travel-baikal.com
Reach out via phone +7 (395) 248 07 88